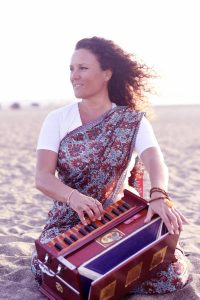 Kirtan takes place in varios places all over the world as I am a travelling Kirtaniya and Yogini. My base is in Hamburg, Germany where I organize a weekly Fridays-Kirtan. Please find the current dates for Kirtan in the calender and all events with details in Facebook.

Drop me a message if you like me to come to your place and share the beauty of Mantras.

I am staying in Hamburg, Germany for the moment. So please check the german event page for the latest news and events.

SING MANTRAS ONLINE with Alice Radha, on my YouTube-Channel whenever you like.

Oktober in Spain and Germany

November in Spain and Germany